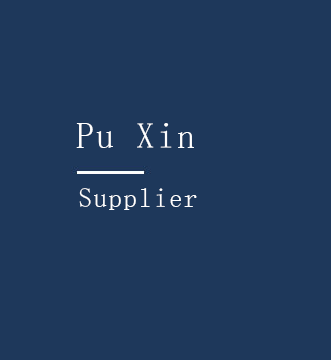 Abaqus is a powerful finite element engineering simulation software, which can solve problems

Abaqus includes a rich library of cells that can simulate any geometry. And has various types of

foam materials, soil and rocks and other materials Material. As a universal simulation tool, Abaqus

can not only solve a large number of structural (stress/displacement) problems, but also simulate

many other engineering problems, e.g Such as heat conduction, mass diffusion, thermoelectric

media analysis and other broad fields.

for the solution of the graphical user interface, namely human interaction before and after processing

effectively, accurately and reliably. Abaqus/Standard is an effective tool for analyzing many

user base, and top-notch technical support. In addition, many common pre - and post-modeling

Abaqus/Standard provides a wide range of analytical procedures, from the analysis of common

and reliably. Abaqus/Standard can simulate a large number of physical phenomena, such as thermal

The interaction between different physical phenomena, such as thermo - solid coupling, thermoelectric

coupling, piezoelectric coupling, acoustic - solid coupling, etc. For the above or other nonlinear

the accuracy of the solution.

element solutions to simulate a wide range of dynamic and quasi-static problems. Abaqus/Explicit

The annealing process can also be simulated, which is suitable for multi-step molding simulation.

Abaqus/Explicit is especially applicable to analyze transient dynamics problems, such as drop test

when mobile phones and other electronic products fall, ballistic impact and vehicle subsystem

impact. Surface-based fluid cavities can be used to simulate structures filled with fluid or gas,

including coupling analysis of structural deformation and internal liquid or gas pressure, such

effective tool for solving many nonlinear static-quasi-state problems, such as the simulation

acoustic and solid coupling analysis, such as submarine response analysis under impact

load and impact load propagation under water. The function of acoustic analysis is

integrated with the simulation of bubble load, fluid cavitation and the influence of seabed

Due to the respective advantages of Standard and Explicit, Abaqus/Explicit and Abaqus/

Standard are leading the development of advanced nonlinear simulation technology.

the analysis of the same problem, providing unparalleled power and mobility for the

solution. It is common to integrate two solvers for finite element analysis.

as Standard and Explicit forms respectively. During the analysis, data are constantly

transferred between the two solvers, so the large-scale complex model can be accurately

and effectively simulated without too much simplification of the model. Standard-explicit

co-simulation can be completely completed in Abaqus/CAE. Application examples: in

and Wheel and Tire are analyzed with Explicit solvers.

The address of this article:http://en.pousensys.com/product/559.html